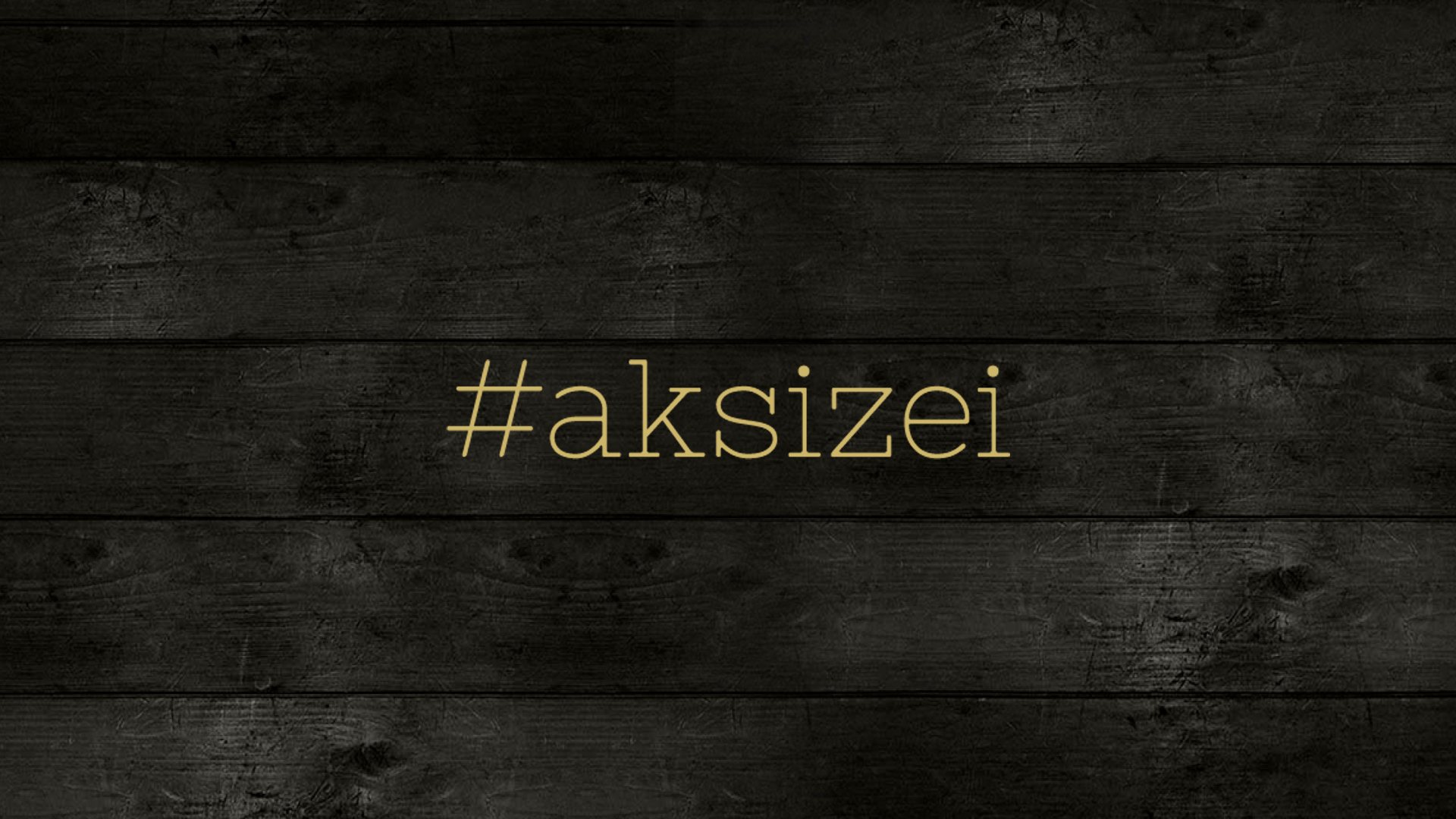 A UGC digital campaign and website for the FMCG brand

A digital campaign to launch a new product line

Horio wished to launch a campaign for its Graviera cheese product line in order to create awareness about the taste, the benefits, the differentiating points of the products, to foodies, wine lovers, and Millennial moms.  Interweave created a campaign website and the digital campaign to support it, drawing inspiration from the product itself and the time it needs to reach full maturity and impeccable flavor. 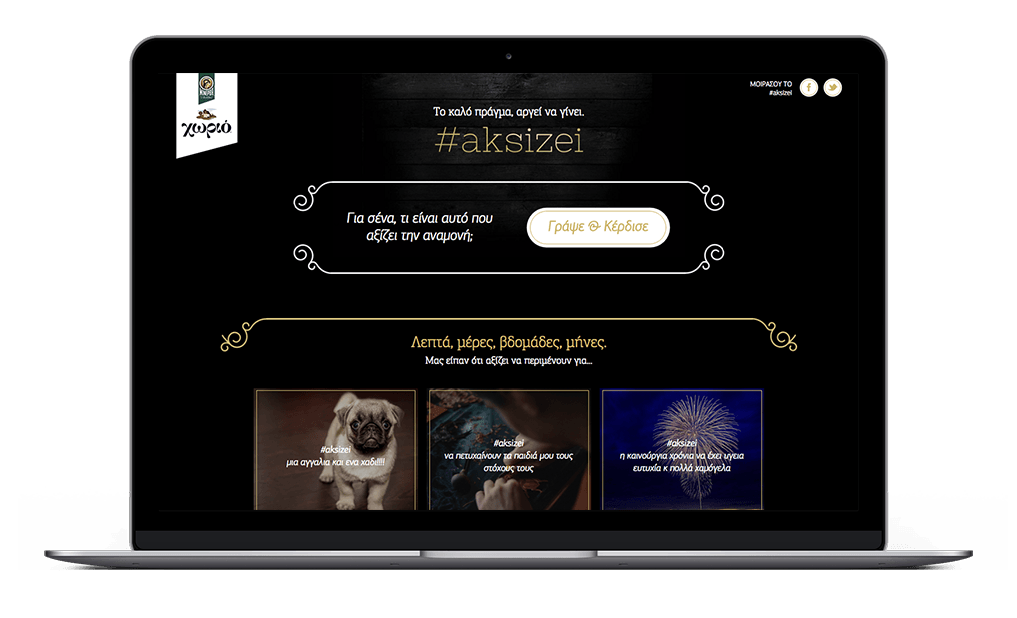 Given that Horio Graviera matures in several months, we created a campaign about things that are worth waiting for (#aksizei).
The campaign site called users to share the campaign message #aksizei and publish photos and messages on this concept on a 2 phase period: pre- and after launch. The campaign run on YouTube, Google, and social media.
During pre-launch phase, teaser messages were created about things that are worth waiting for in general – the birth of a child, the return of the beloved from a journey, etc.
During after launch phase, the product appeared on campaign site and ads.
For the purpose of the campaign two TVC videos for Graviera Horio were edited, one for each phase. 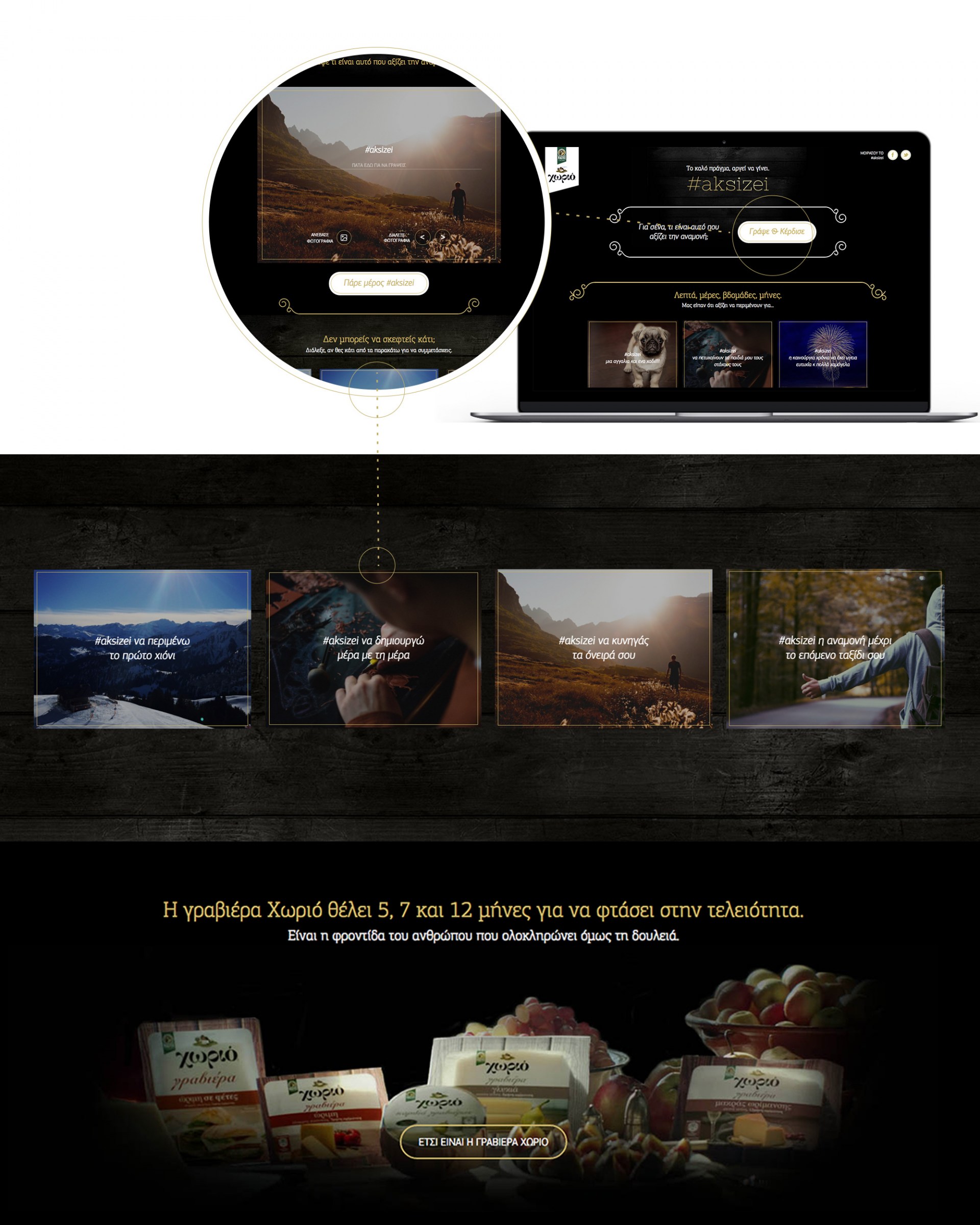 SOCIAL MEDIA AWARDS
Silver - Effective use of social media, with the aim of improving engagement members of a community