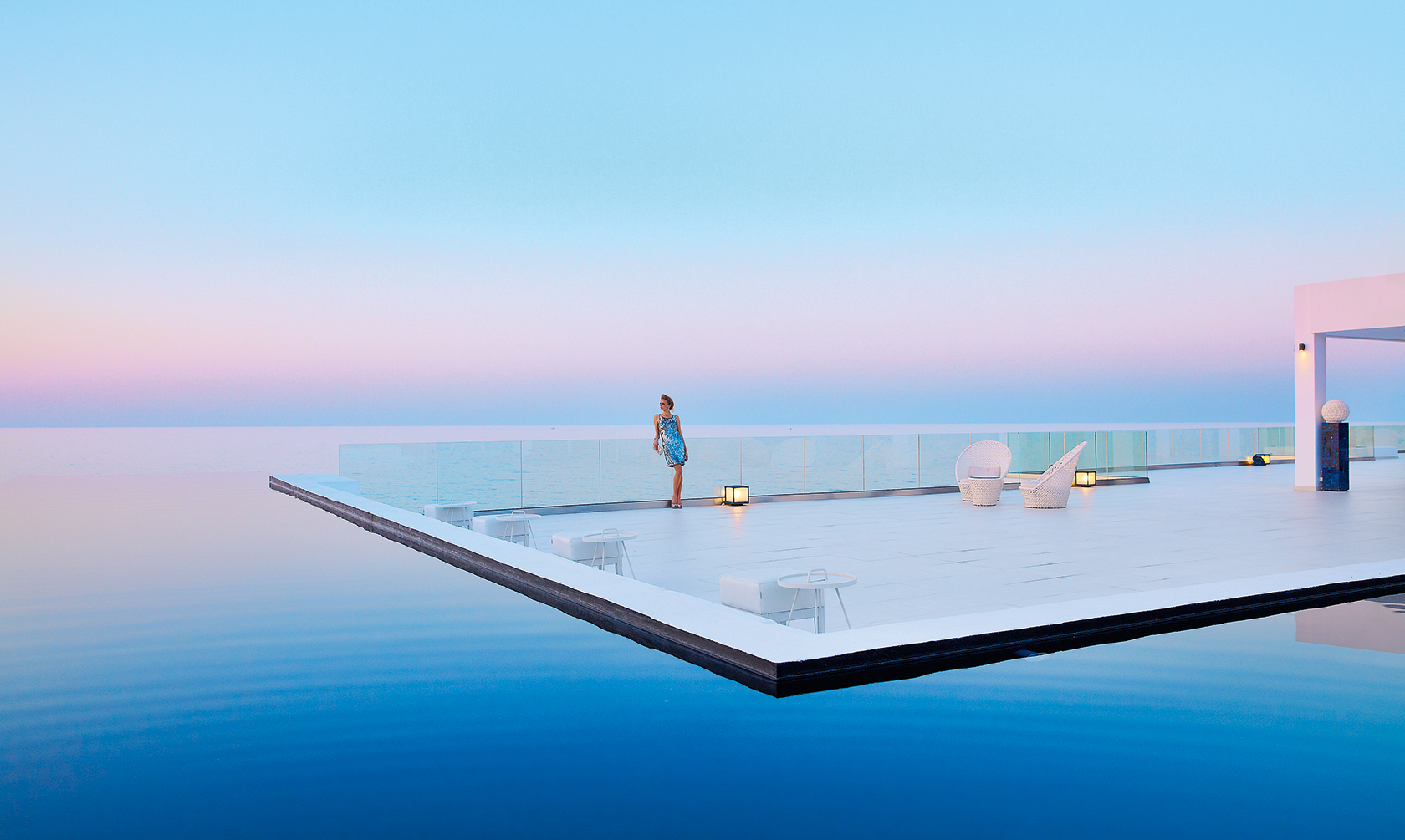 Design and develop a brand building campaign to warm up audiences for the upcoming tourist season.

A brand building campaign that targeted the emotions of its audience

As the 2016 summer season was coming to an end and the majority of Grecotel Hotels & Resorts were closing for the season, Interweave was called in to design the hotel chain’s digital campaign for the winter months.

The goal was to reach audiences during the dreaming phase of their travellers’ journey – more specifically during fall and winter months, – present to them the unique world of Grecotel and (ultimately) spark their desire to visit Grecotel the following summer.

#FeelGrecotel – Creative rationale & how it evolved

The idea of the #FeelGrecotel campaign was centered around the concept of “(Greek) Summer is Grecotel”, giving the audience the feel of experiencing the Greek summer. Through the campaign we wished to unravel Grecotel’s Greek Summer, through different stories, one for each month.

The campaign ran during winter months when our audience is going through a dark, gloomy winter, and our intention was to lighten up their days with Grecotel’s Greek summer ( the campaign ran from November 2016 to early March 2017, on Facebook, Instagram, Twitter and Gmail). 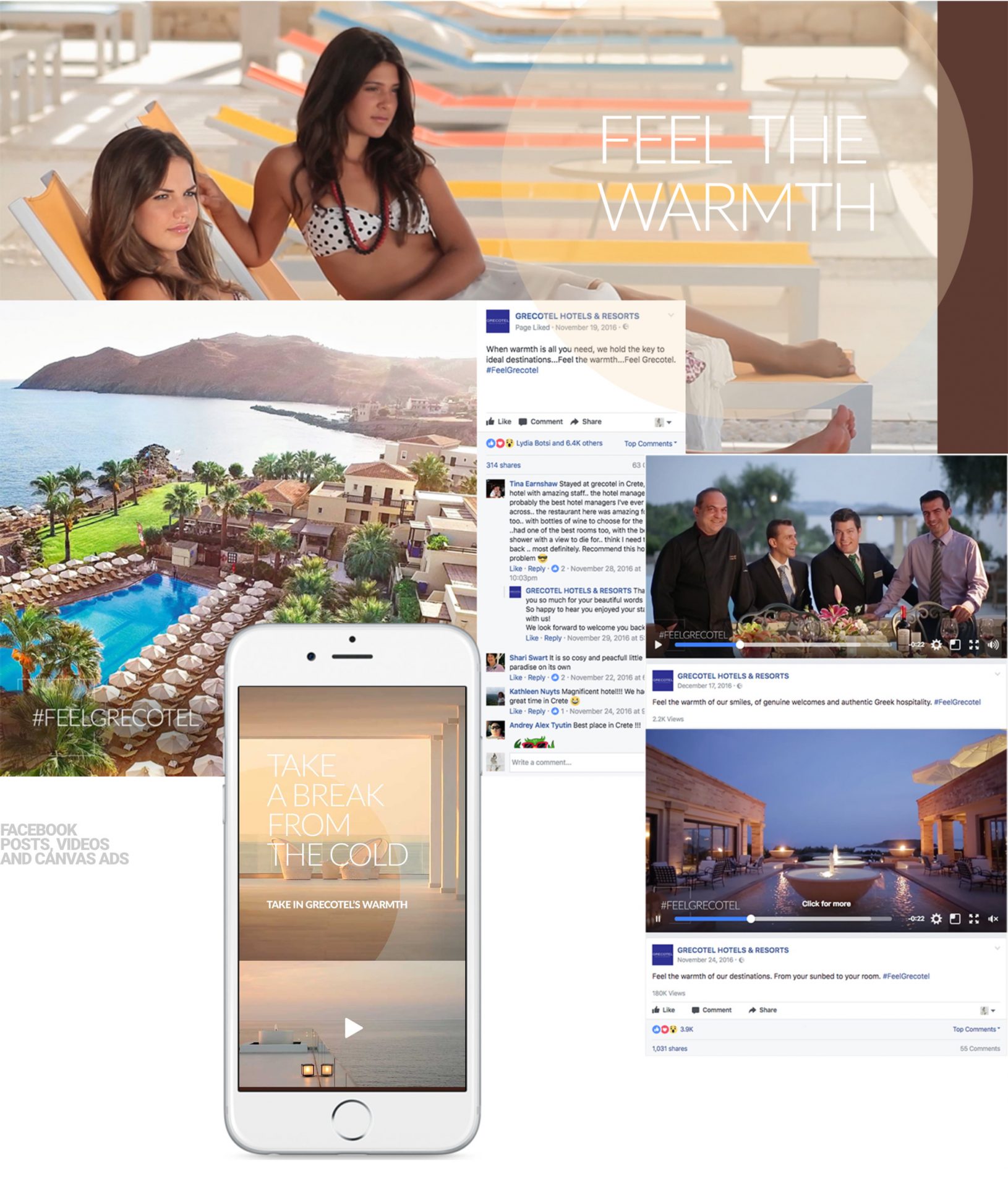 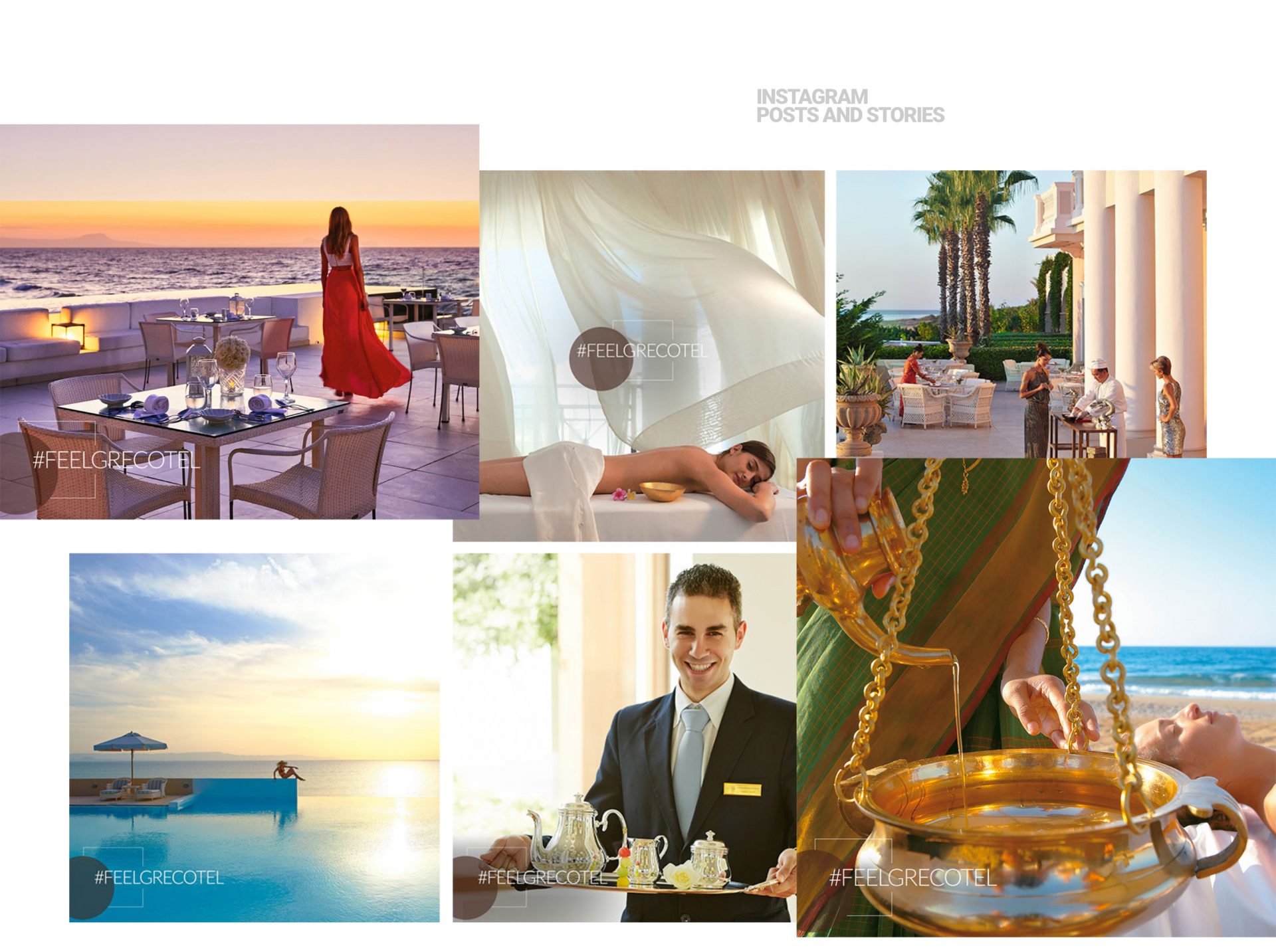 Each arc was also further structured around the four pillars that constitute Grecotel’s unique world and its competitive advantages: gastronomy, people, spaces (accommodation and location) and services. At the same time, we worked on enhancing our campaign’s storytelling by making sure that each one had a common beginning and end, ensuring our audience’s journey into Grecotel’s Greek summer was more holistic! 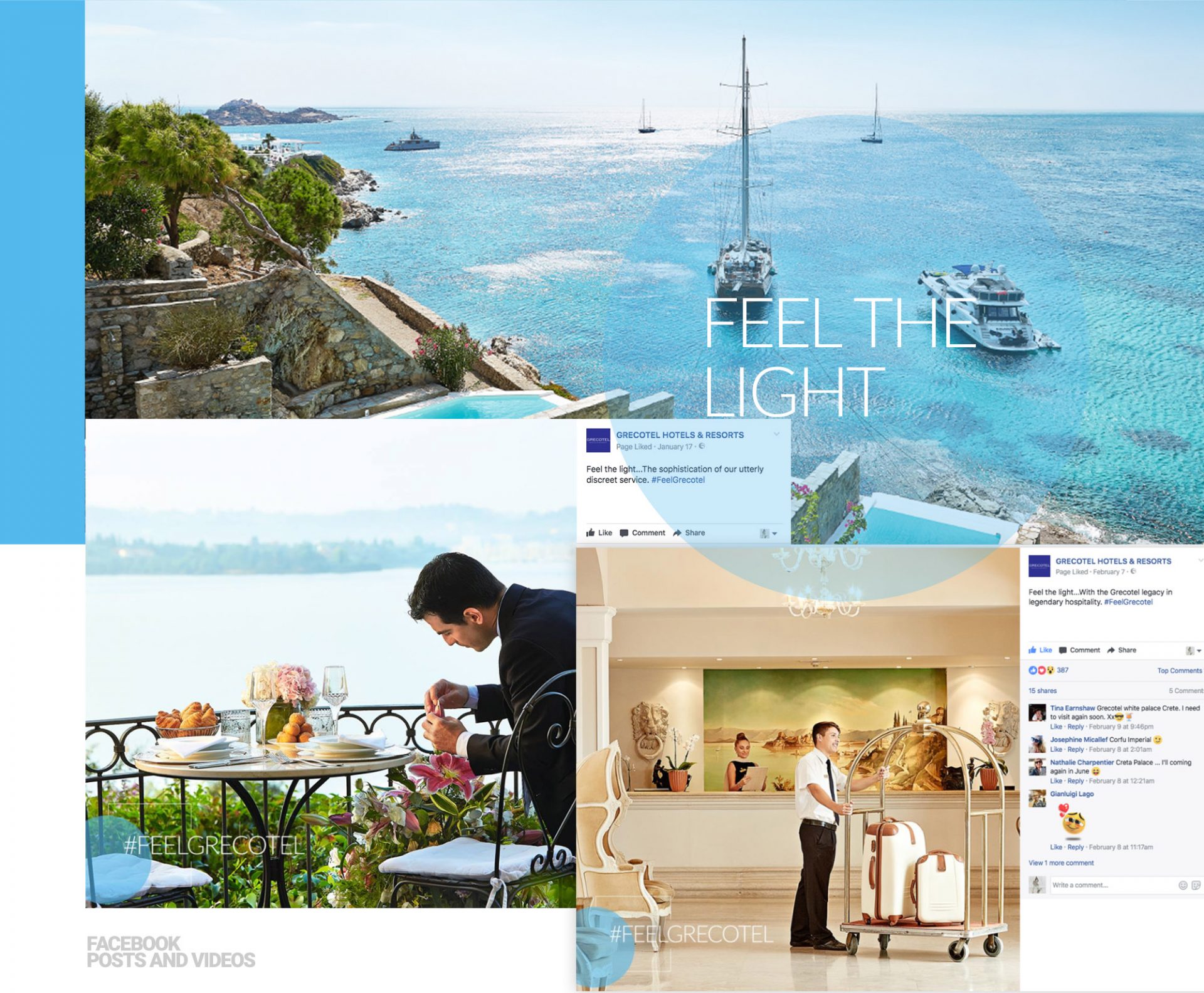 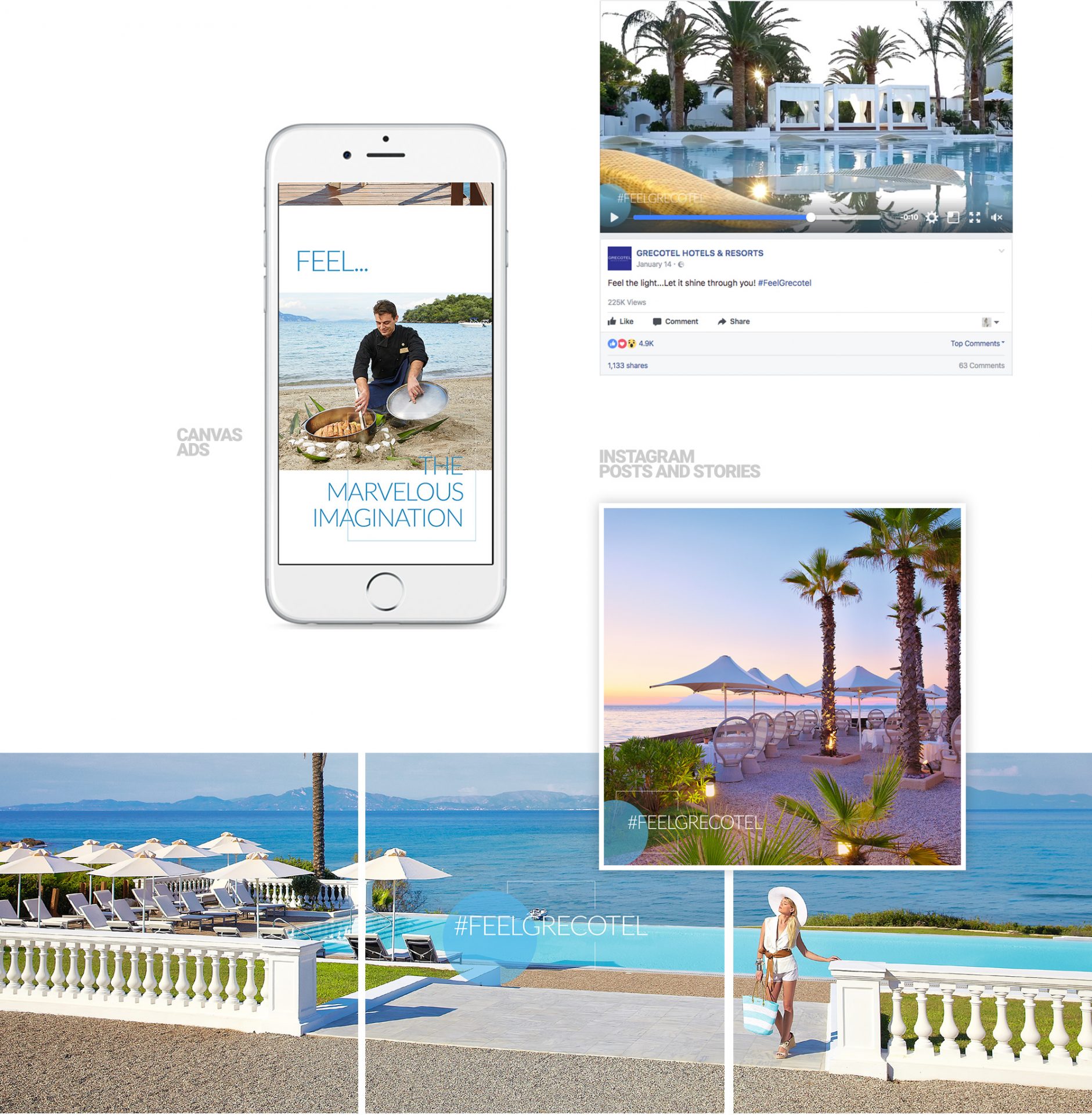 All in all, more than 60 materials were created, in various formats, to present the warm, bright, colourful Grecotel Greek summer to the target audiences, all using official Grecotel videos and photos. In order to keep our message fresh and relevant in each of our stories and our audiences’ interest alive, we used different types of creative material for every post and video planned.

Apart from more traditional formats, such as image posts, the materials created included a wide variety of new formats, chosen to offer a more comprehensive experience for audiences and make the campaign more engaging. More specifically, the campaign featured material ranging from Facebook posts and videos to Facebook canvases and notes, to Instagram photos to Instagram triple posts and stories to Twitter posts to Gmail Catalogue Ads. All materials used, in terms of design, were exclusively branded for the campaign, while all copies written maintained a high level of consistency in terms of tone as well as of structure, to lead the storytelling experience.

In order to deliver our messages to the proper audiences we performed various behavioural and contextual targetings, depending on the capabilities of each platform, in order to maximise our reach to our desired key audiences (men and women, 35-55 from western Europe and the CIS countries, with specific characteristics that are relevant to the brand). 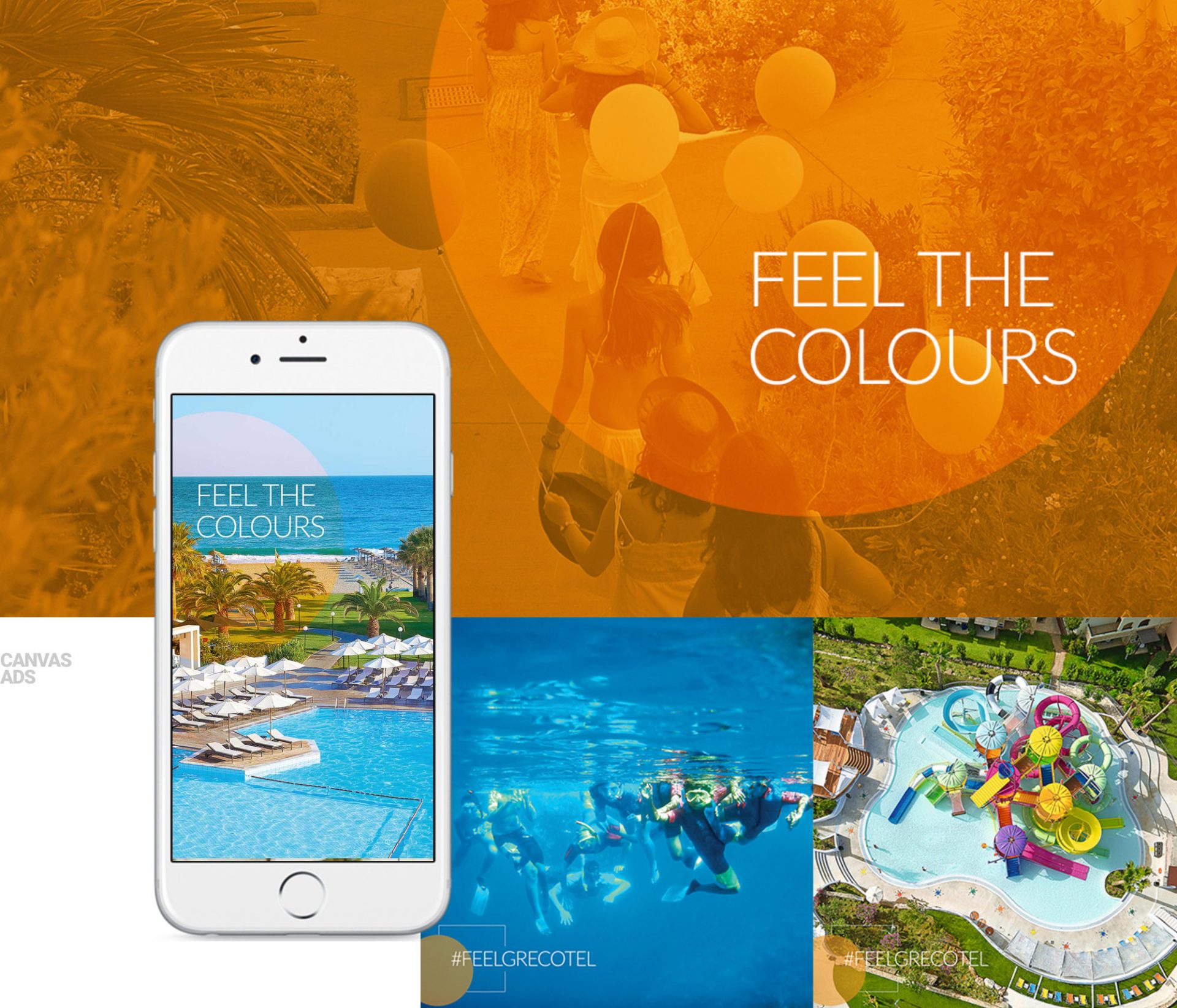 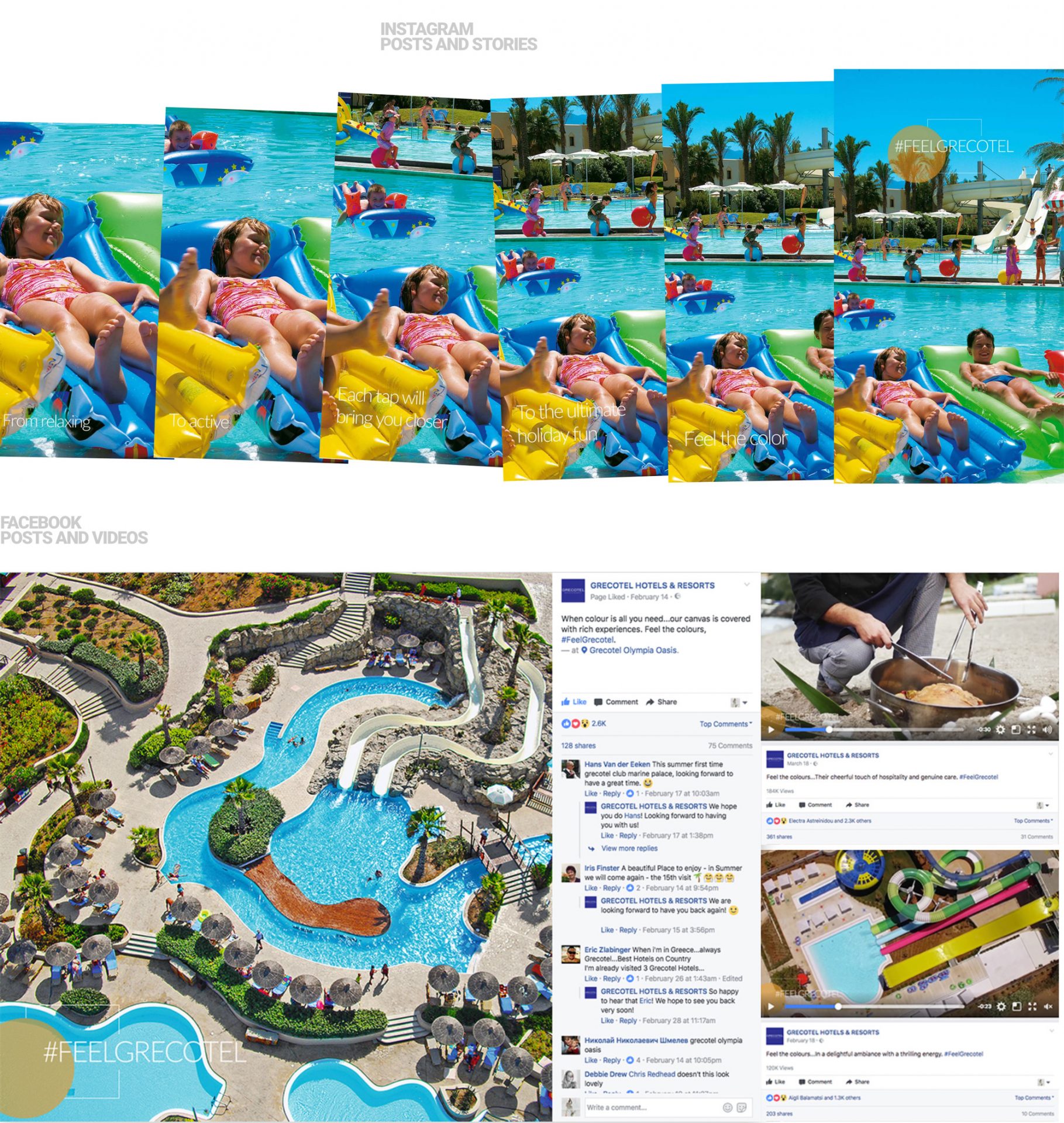 The campaign results were truly impressive and can be attributed to seasonal relevance, the highly sophisticated audience selection and to the variety of visuals served to the audience which kept them interested throughout the course of the campaign’s duration.

However, the success of the campaign was not only numbers:. The feedback we received from the audience was also very positive, highlighting a desire for them to visit Grecotel, which was expressed through comments on posts and ads, leading to high engagement, thus providing the best proof of the campaign achieving its goal: creating the desire to live the Grecotel Summer experience to a large population of our key audience!