Capturing the essence of a place in modern design

ESSENTIA
Capturing the essence of a place in modern design
ESSENTIA 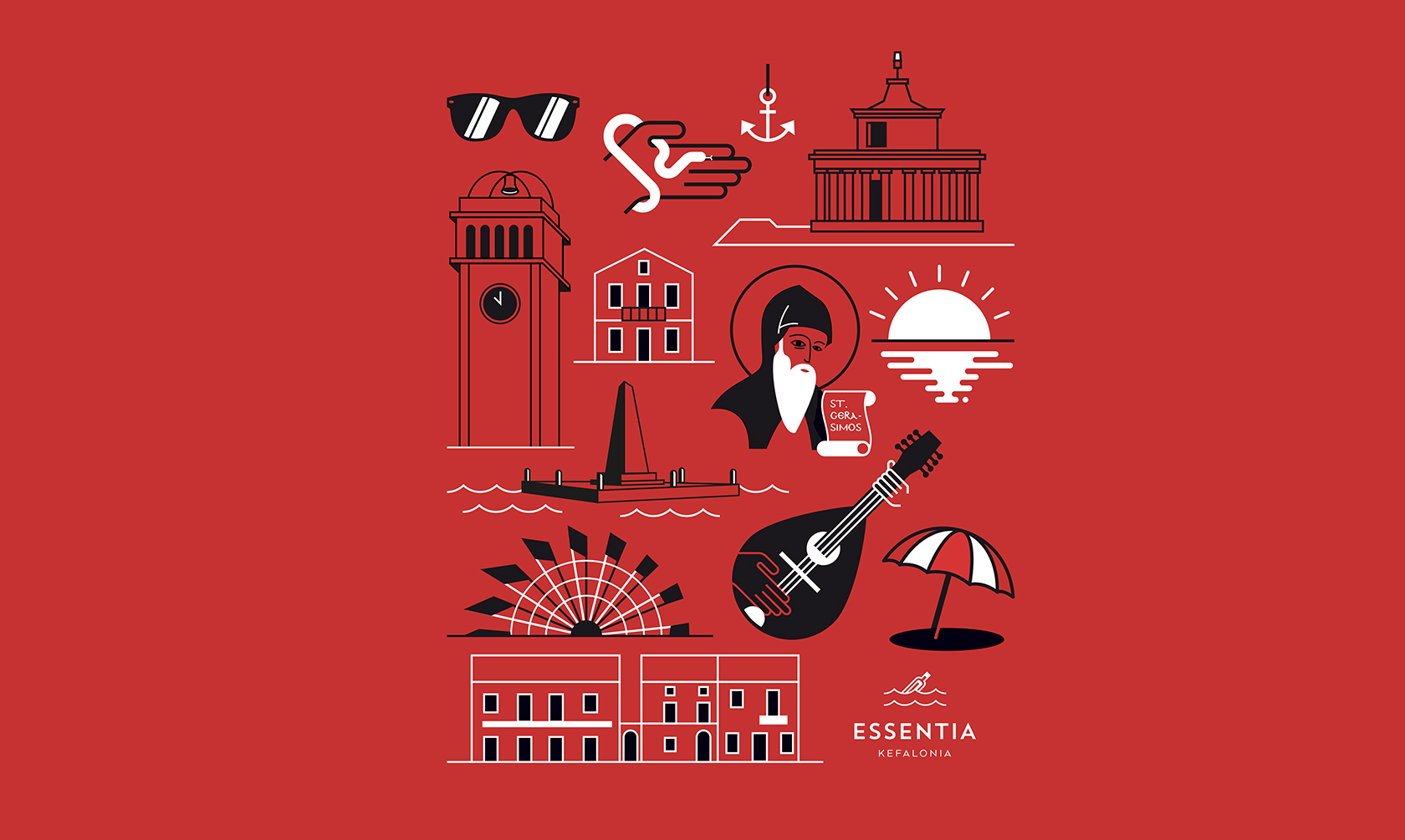 Strongly connected to Greece and the exceptional moments one can experience during their holiday to the one-of-a-kind beautiful Greek destinations, a new brand interested in operating in the Greek souvenirs market, asked Interweave to develop a design concept that would constitute the basis for a strong identity, able to make it stand out from the competition. The concept would be initially illustrated in the brand’s name and logo, while two product lines would bring it to life.

The concept under development, using the island of Kefalonia as a starting point, would have to have the ability to extend and be adoptable to several Greek islands. It should also support more than one product lines and have various applications on items such as T-shirts, bags, and a wide range of accessories in more than one product lines – the bottom line of which would be elegance in terms of aesthetics and high quality in terms of materials. 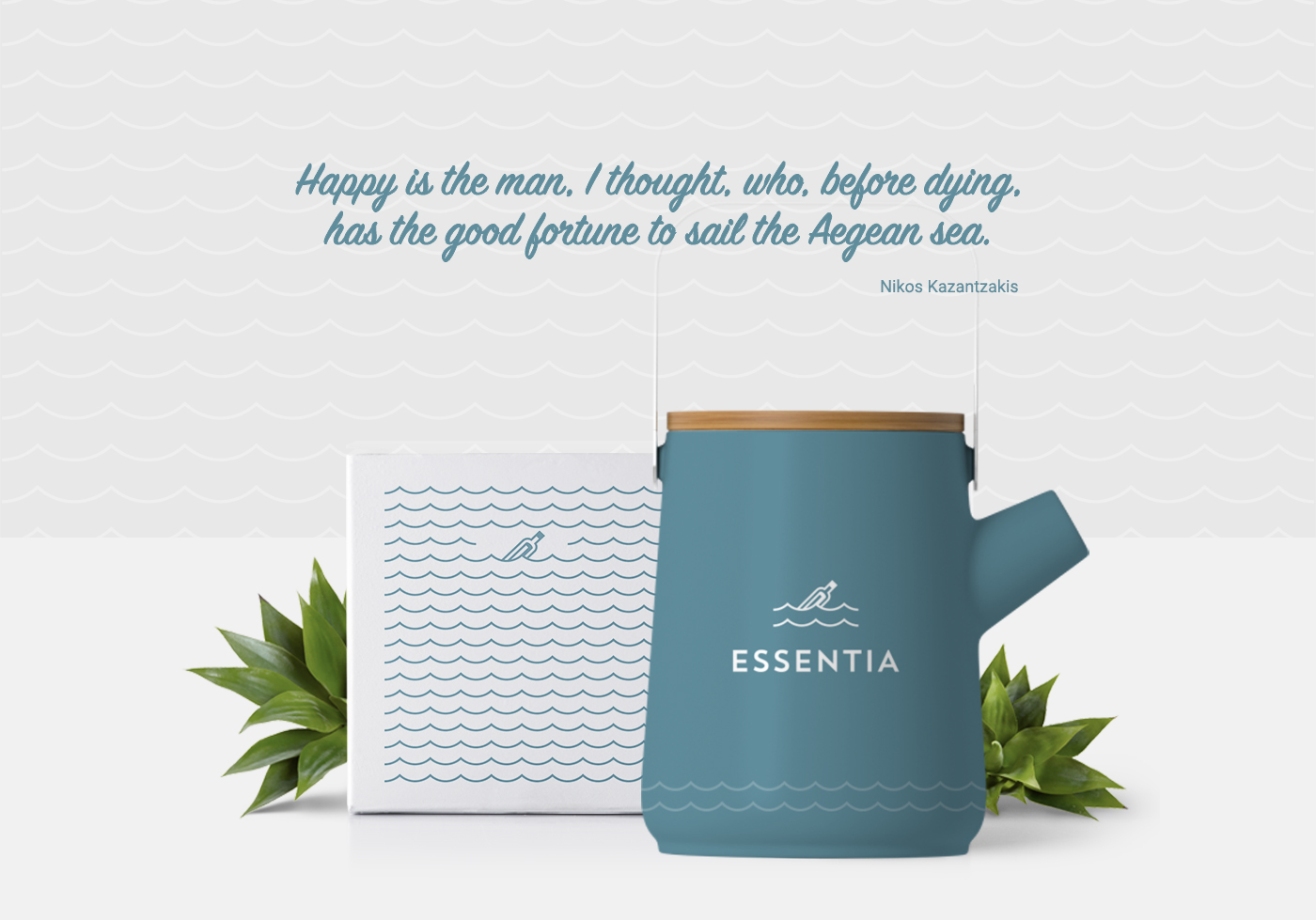 Inspired by the idea of unraveling each destination’s most worth-telling stories, we came up with a name corresponding to the brand’s aspiration in the most ideal way – an aspiration that, a little later, was also illustrated in the brand’s all-new logo: Essentia, as in everything that makes a destination one of a kind; Essentia, as in everything that has the power to leave its mark on people’s minds and souls. 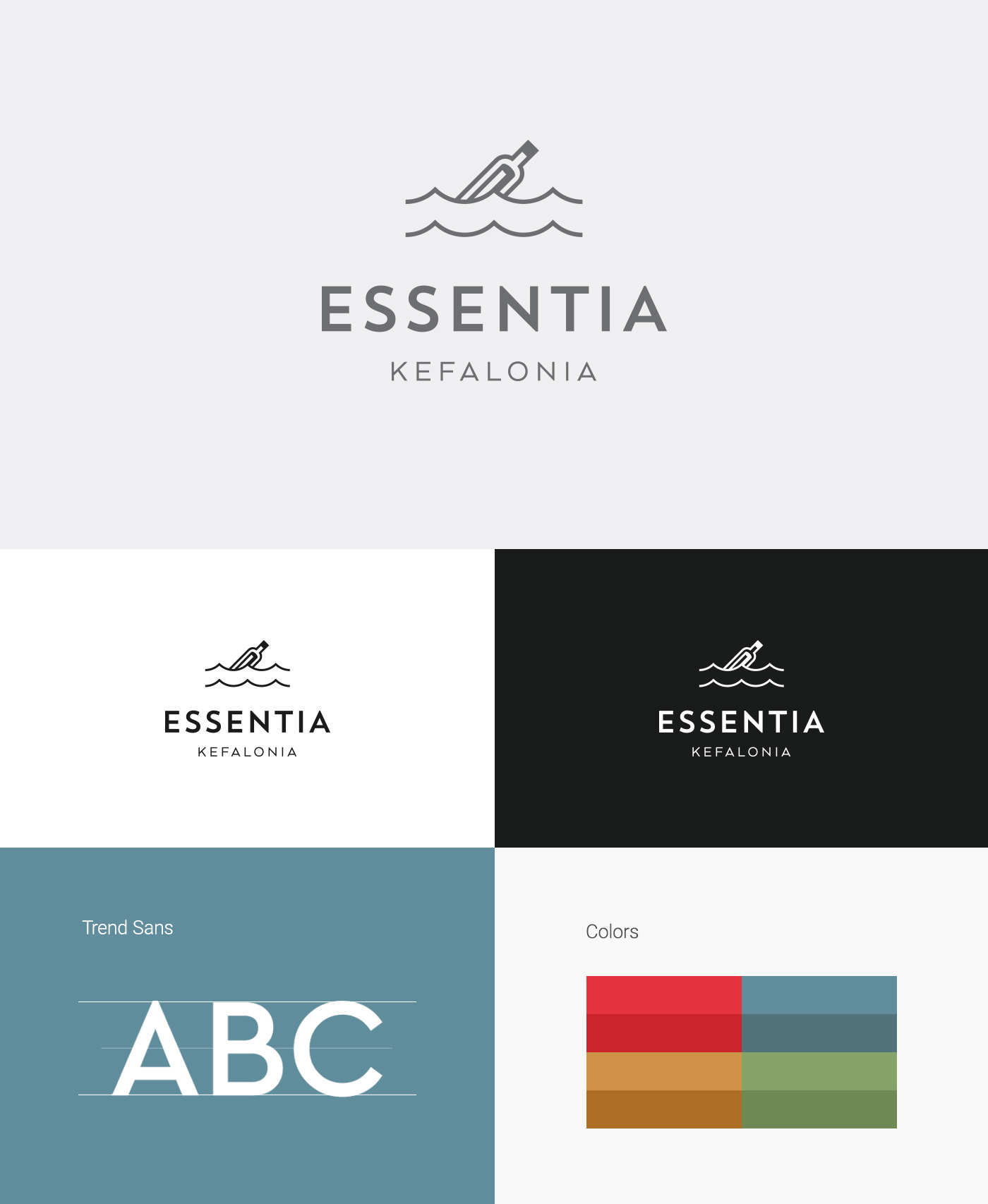 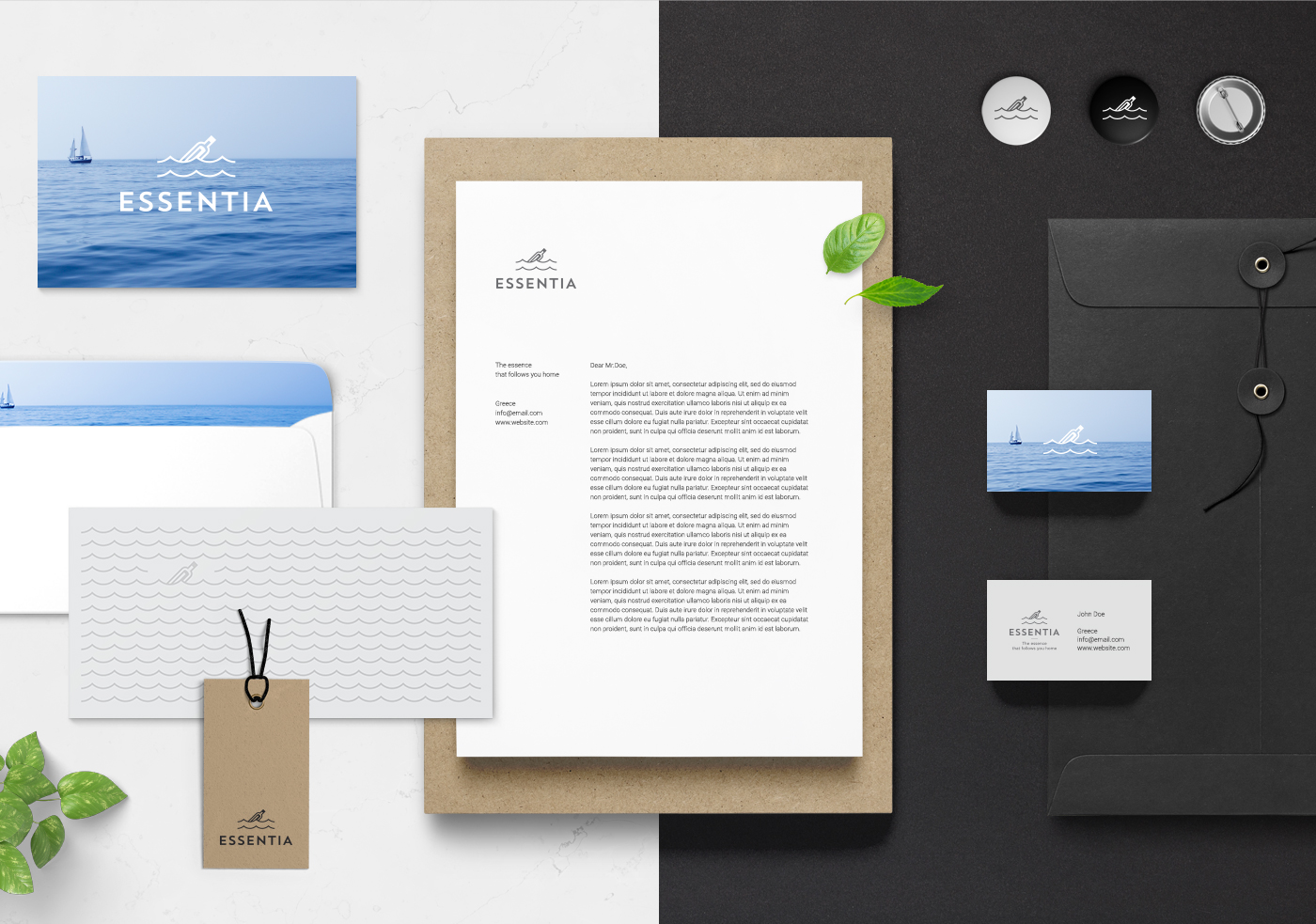 Focus on the feelings

Driven by the key-insight that people may forget the destination they once visited, but they never forget what they felt while being there, we developed a concept constituted by stories narrating the essence of the destination that would each time host the visitor’s Greek holiday experiences. The stories, based on what makes a place unique, would initially refer to all tangible and intangible small things that talk to the heart and the senses (sight, feel, taste, smell, hear); everything that, after all, captures what is left behind by a place – an aroma, a colour, a feeling experienced while being on a landmark, a music tone unique to the place, a sight.

Two lines of products for Essentia

Having minimalism, simplicity, elegance and tastefulness as their common ground, two lines of products were created: one of a more upmarket, minimalist approach (high priced) and one of a more mainstream/ pop and youthful line (lower priced). Items feature the brand name/ brand descriptor (including the name of the destination), plus specially crafted tags that help the narration of the brand story. 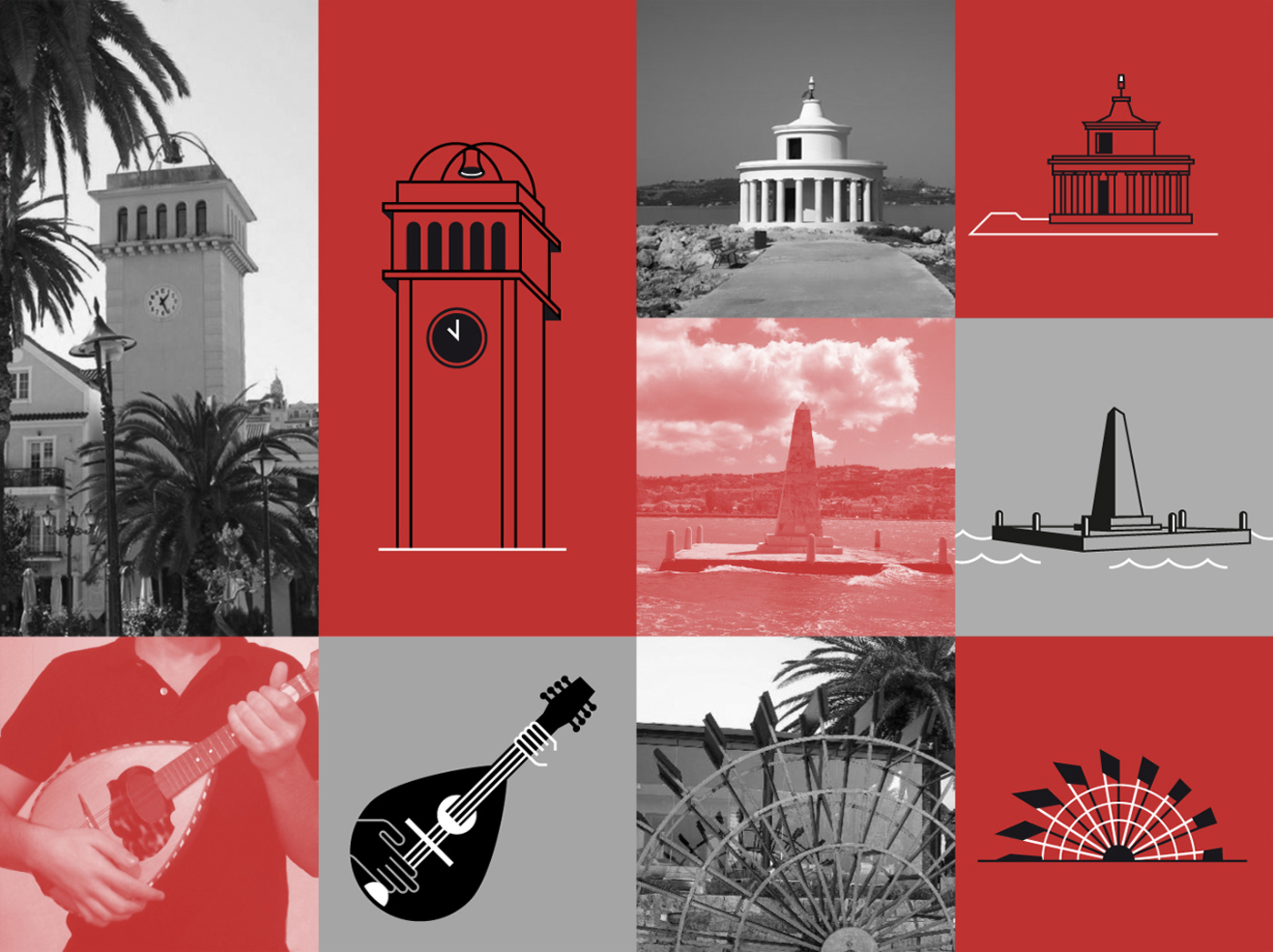 As the place of the brand’s origin, the initial stories of Essentia are referring to Kefalonia, one of the most popular yet beautiful Ionian islands. Creatively depicted and narrated through specific items (such as T-shirts, mugs, scarfs etc), the stories were inspired by the island’s most emblematic landmarks, colours and experiences: Robola, the famous Kefalonian wine; Saint Gerasimos, the patron saint of Kefalonia; mandolin, the traditional musical instrument of Kefalonia; sense of Eptanisian architecture; the sunset as experienced in Myrtos, the most famous beach in Kefalonia.

The stories created for Kefalonia are based on five unique axis: 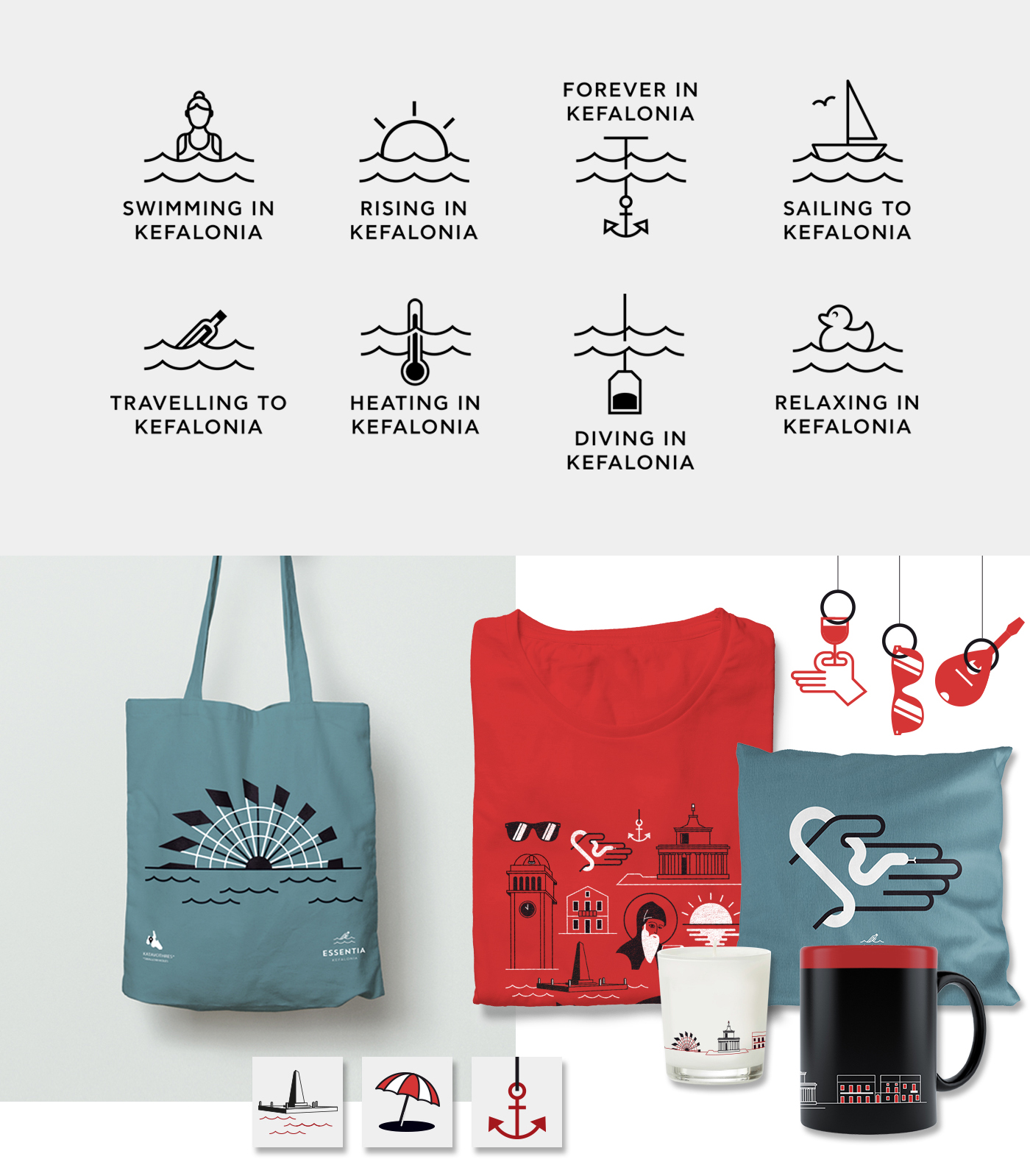